LARP in essence, is a sport. Most LARP’s are boffer or have some element of fitness and dexterity to give someone an edge. Not just physical barriers exist however because LARP can unfortunately gatekeep based on diversity, identity and financial boundaries as well. For the sake of this article let’s explore physical barriers that can separate an individual and deter potential players.

Physical limitations are not an entirely new concept, nor was it ever new in the mediaeval era. If the argument is that a fantasy setting has people who are free from ailment, then there are some plot holes to point out. Dragons or beasts for example can consume someone whole and make you take a death. Spells alone are so powerful that they can cause a lot of dangerous things to happen in the wrong hands. It’s not out of left field to assume someone can lose a limb in combat, be paralyzed from an incident, or have physical limitations due to a curse. The player in question can write a tragic backstory or their character simply was born or developed the disability/limitation like humans today.

The problem isn’t how a character or player is limited, it’s that the accessibility simply isn’t there in the community. If someone is in a wheelchair at a campground, the accessibility is already hard with unpaved terrain. Then factor in the element of combat, stealth, and other disadvantages people might have with an accessibility device. Isolation towards people is already a problem in LARP. With a community and game that is very fitness driven and specialized, it’s very hard for someone to want to join. Why would people take the time to make a world that is easy to manoeuvre and exist in, for the few? It’s an argument people make when we improve accessibility in our society day to day.

Some players might not want to make that effort, but then we fail to realize something important. Disabilities aren’t the only physical limits players can bring to the table. Being overweight, pain issues, asthma and other physical hurdles are all common things people can struggle with at a LARP. Not being the quickest and most nimble, can make you at a horrible disadvantage during the game. It can get frustrating and exhausting to those who simply can’t keep up with constant combat for a whole weekend.

Some LARP’s do have safety and medical staff on hand, thankfully. Generally those staff keep players and NPC’s hydrated and take care of emergency injuries. Unfortunately, that is usually the only thing they take care of. LARP’s generally do not pay their staff, and medical staff are on a volunteer basis. When it comes to the staff’s training, it can range from none to basic first aid. After talking with an individual with a serious physical medical condition, I gathered a statement.

“When the medical staff didn’t check in during any physically demanding fights, it left me feeling worried. I don’t even recall anyone offering me water, but I assume it was because I was meant to ask. I was never told that I had to approach medical staff about an issue. When I wanted to go over a safety concern on my last day, the medical liaison was too busy playing for me to get the chance to talk to them.”

The unfortunate truth of it all is that because medical staff are usually players, they are generally playing. In the defense of the volunteer, they are not a paid professional and the staff to player ratio is large. With my interviewee’s retelling of their experience I learned there was only one staff for all the players and NPCs. Although there are many ways to change this issue, I will explore my idea and alternative in the next few paragraphs.

So, with physical play styles that involve fighting, dexterity, hiding, and other movements people may struggle with, where does that leave us? Although my suggestion might receive some scepticism from LARP communities, and it might just seem too much to the people who are set in their ways, I find a very easy solution to this puzzle.

Tabletop RPG games can tweak things to suit their audiences and don’t have to follow a general format of combat based adventure. LARP organizers also have this sandbox ability, maybe even more than their tabletop counterparts. They can try and make it more of an RP and world building based reward instead of who runs the fastest. Imagine a LARP that wasn’t solely focused on taking down the biggest beast this game? A LARP that had players running shops, trade, food stalls, or blacksmithing. A world where you can perform a show, paint, help build facilities, be a charlatan, or even organize guilds to go on missions you can’t or don’t want to do. Imagine getting EXP based on the experiences you make with other players instead of who hit the fastest and hardest. I am willing to bet that if LARP’s took on this community atmosphere and lowered their combat, that they would have much more players at their door. I also believe it would make fighting less of a chore and more of an in-depth experience for the players that braved the outside.  From what I have learned from talking to many people in different paths of LARP, a lot of people that don’t have physical limits also wanted more RP and world building. This approach can help appease old players and make an inviting world for new ones. 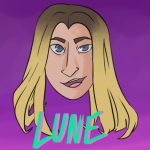