Basic details of the event:

Starfall Academy was an incredible science fantasy themed immersive experience that happened in June of 2022 at Hampshire College in Amherst, MA. The game lasted from Thursday to Sunday, and ran around $750 for a ticket. Dorm lodging, food, and transportation to and from the nearest airport was included in the ticket price.

The game ran with two separate weekends, essentially operating under the same plot. The LARPed Crew attended Week 1, June 16-19, 2022. The game had been delayed several times due to Covid over the years.

Several unique characteristics of the game included players writing their own backstories. These backstories played no role in the overarching main plot. Additionally, players were required to submit a photo of their costume in advance for approval. Costumes varied from basic (playing as a human), to makeup intensive, or wearing a mask.

The only backstories that we heard of with issues were ones that involved intellectual property belonging to other companies. Costuming had specific quirks based on years of attendance at the school (Masters wore cloaks for example), and specific colors for factions (purple was for the Bellati).

Speaking of Covid, the event required a combination of vaccination and booster, or vaccination and testing. Unvaccinated individuals were not permitted to attend Starfall Academy. Additionally, inside spaces required masks.

On Thursday, players arrived at the event. Parking lots were easily accessible, and signs were present making check-in quick and efficient. After checking in, tours around the campus were provided to acquaint you with different areas the event would be partaking in.

A number of out of game classes were conducted to make sure that people knew what world they were playing in, what to do if they were sick, and to understand how initiation would take place.

Meals were diverse enough that you could always find something to eat, and catered to a wide variety of eating restrictions (gluten free, vegetarian, etc). The lines could get long, so as a group we tried to get there first! This wasn’t difficult to do, although you had to keep track of your schedule throughout the weekend. Additionally, snacks and water were available in abundance.

As the game began, everyone gathered for the Initiation Ceremony (here’s a short video of what that is like). This was when the game went on, and everyone assumed their character’s identity. A survey had gone out prior to the event, allowing players to choose a specific sect or be cast based on their preferences. For us, we answered a few questions but had no idea which sect we would find ourselves in – until we ignited our saber!

As our names were called, we took the stage and striked a pose. We ignited our crystal sabers and found ourselves in a variety of different Sects. From the Medicari (healers) to the Bellati (fighters), we covered the spectrum. While at first, being in separate Sects felt overwhelming, it was actually wonderful as we progressed through the weekend and used our skills/abilities to complement one another in Prisms (which are basically small groups composed of members of different Sects, that excel together because they are all different).

Going into Friday and Saturday, classes were provided on a variety of different subjects. For the most part, we had very few classes with one another. One of the things we discovered, was that blocks 4 and 8 in the day were Order specific. So for the Bellati, that meant additional fighting practice! As you can tell from the schedule, that meant that half of the day was spent in combat specific classes!

A few call outs from some of the interesting classes we had:

There were several free blocks where you could attend Trivia, practice additional fighting techniques, or just relax. As a member of the Bellati, I would take this time to just put my feet up and take a breath or two! Though my room was right outside of a ritual where I could listen into the space opera being sung!

Throughout the event, there was a high level plot of nothing going right for Starfall Academy’s opening. Many years ago, it had been shut down because of the Dominari (an evil Order that waged a rebellion). The game picked up as the school opened its doors once more, and quickly we could see that the locals were on the fence about that. There was tons of graffiti, broken glass, and public dissension.

Small things happened throughout the weekend where the Light showed some individuals an evil was brewing. Others witnessed the death of a local townsperson, killed by an apparent crystal saber.

As the weekend continued, an emissary came to close the school down – but through a technical loophole students were invited to participate in trials to show their worthiness.

These trials included (but were likely named something else):

Of course the school blew these trials away! It was then the Dominari infiltrator showed himself, and an epic duel ensued. The school was safe and remained open!

Abilities Throughout the Weekend

As you attended classes throughout the weekend, you would be given different cards that showcased the skills and abilities you were learning. These utilize a skill points system (where every initiate is given 4 skill points for their first year, growing as they attend more years).

If you used abilities in your order, they cost the set cost. Outside of your order, they cost double. Skill points could be reset by meditation. Some of these abilities were given to everyone if you attended classes – like diagnose. Diagnose allowed you to tell what was inflicting someone. Other abilities, like Strike, were given only to people who were in a specific Order (remember those Advanced classes referenced previously!).

The card system was pretty cool, and kept things balanced. The LARPed Crew loved it!

Starfall Academy was a great time, and we only witnessed what happened in Week 1. Having said that, everyone who attended wants to go back again. The potential for character growth and development is immense.

The fact that there was no individual plot felt strange for the game. What I mean by that is, there were no individual specific plotlines. You didn’t have orchestrated goals, or plot led scenes. Main plot was delivered randomly to those who happened to be in the right place at the right time. If you were not, you might have learned about the main plot from others. The backstory that you write in the beginning allows you to roleplay with others, and any individual character development derives from that independently.

There was a large emphasis on unity and doing what was right. People chanted the signature words of their Sects constantly. If you never witnessed school spirit, it was present here!

Most of our crew had only a fractional knowledge of the overarching world lore. Having an expert amongst friends seems like a good investment of time. There were things like trivia, and the trial of knowledge – that we felt like would have been enhanced by this. 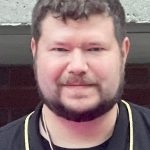 Terry lives in an imaginary world run by its own rules and logic. An amateur photographer, he has always enjoyed traveling around and seeing new sites everywhere. Passionate about the story, he is likely the one to derail plot and take things in an entirely different route. Terry is an experienced GM, escape room creator, story teller, and logistics mastermind. www.LARPed.com
Check Also
Close
Categories