“We all know one thing about battle games, the strongest player or players will win. Strength however, can mean many things; from the purely physical aspect, to the more esoteric ones. The strength of a player or team comes down to two things. Training and trust.
Training is by far the easiest part of this. now by easy, I mean simpler. Do drills, practice, practice, practice and practice some more. There are many videos from SKBC, sword knights and other players on how to do this. Check them out, there is a lot of content out there to help you.

How does this relate to teamwork? Well, it’s the same principle. You have to practice fighting with a partner or partners. Anyone can lone wolf it and even do well, but there’s a reason Lone wolves are few and far between… they are alone. No matter how good you are, a well trained pair or team can ruin your day pretty fast. which is why teamwork is the most overpowered ability in amtgard, it’s also the one thing that’s available to anyone who wants it.

How to be effective as a team:
1) COMMUNICATION!!! like in a relationship, you HAVE to communicate. Sadly, we aren’t all mind readers and without training together a lot, you won’t be able to work together without communicating. This can be as simple as saying “Watch Admiral on the left” to, “lets move right and cut them off”. Small things that can get you all going the same way or being aware of the same things.
2) Have a plan or strategy: Work something out that plays to the team members strengths. remember, our Battle games have other objectives than “kill everyone who isn’t us!”. Having a high kill count can sound impressive, but you can still lose that way. If you’re in a big enough game where there are multiple smaller teams on your side, you can have a Murder hobo squad and a objective squad. playing to everyone’s strengths is the best way to increase your chances of winning
3) Allow for chaos: yep, as Sun Tzu said “no plan survives first contact with the enemy” expect your initial plan to go straight to hell. Be versatile and adaptable. Work out a way to change the plan on the fly as fast as you can. The ability to adapt is the sign of a good team and the sign of a great leader.
4) Pick a leader. Someone who can direct the team in a productive way. This is great for small to bigger games. When one person takes the lead and others follow, that’s when you can work best as no one else is fighting to “be in charge”. This also means, the leader may not be you. That’s ok, never let that stop you from being your best.
5) SNOWBALL: For those of you who didn’t grow up in the early 00’s. Snowball is a term used in most elementary school dances around here to signal a random partner change. How does this apply to you? Easy, if teams aren’t gelling, call for a switch up. Don’t force a bad pairing, it won’t be fun for anyone and can increase your chances of losing.
6) Accept defeat: No matter how good your plan or teamwork is, you will lose sometimes. Don’t let this deter you. Do your best, work, communicate and in some respects you’ll still win.
7) Learn from your mistakes: From experience comes wisdom. Every loss will teach you something, be sure to talk with your team after games to see where improvements can be made.
8) Ask for feedback: Not just from your team, but from the opposing team, reeves, non-combat players…literally anyone who has watched you fight. Self-reflection is good, but to get a good perspective on your performance, you will need an outside observer.”Torvik Linnagond Kingdom of the Nineblades Amtgard 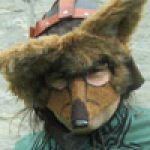 The Friendly Faces of LARP